Quite abundant, but perhaps not always the most welcomed fish, Pla Tong, as they are called in Thai, often show up when targeting other species. If fishing from shore or close to it, you will sooner or later encounter them, whether you are fishing with small flies or big flies, they will be there, as long as it moves fast and near the surface. Their long sleek body shape is made for speed, and they really are very fast and agile. You often see them coming leaping like a dolphin at high speed when chasing baitfish or a fly. 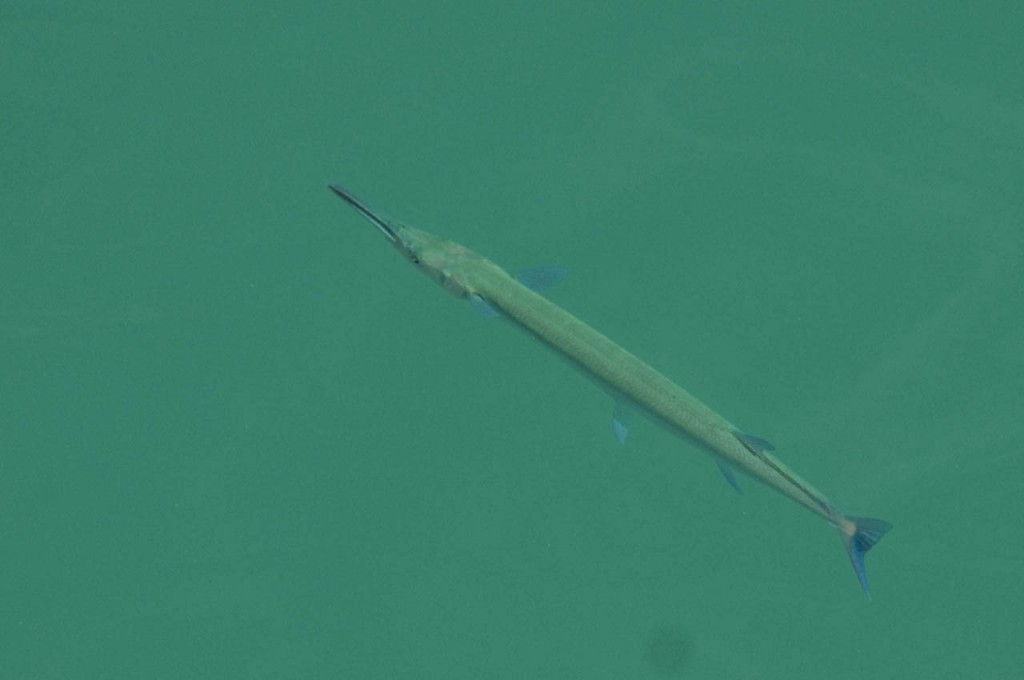 They come with a turquoise-greenish back, silvery sides, and a sharp beak(full of pointy teeth). Typical sizes are in the 0.5 – 1.5kg range, but they grow larger. The larger specimens however, tend to be further out at sea. I would imagine they would be awesome on a fly rod. 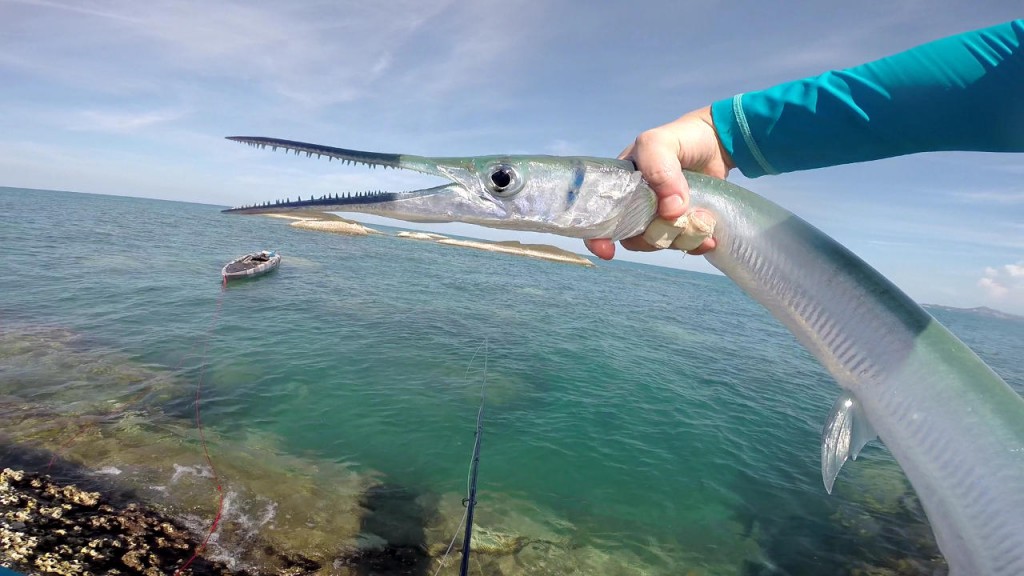 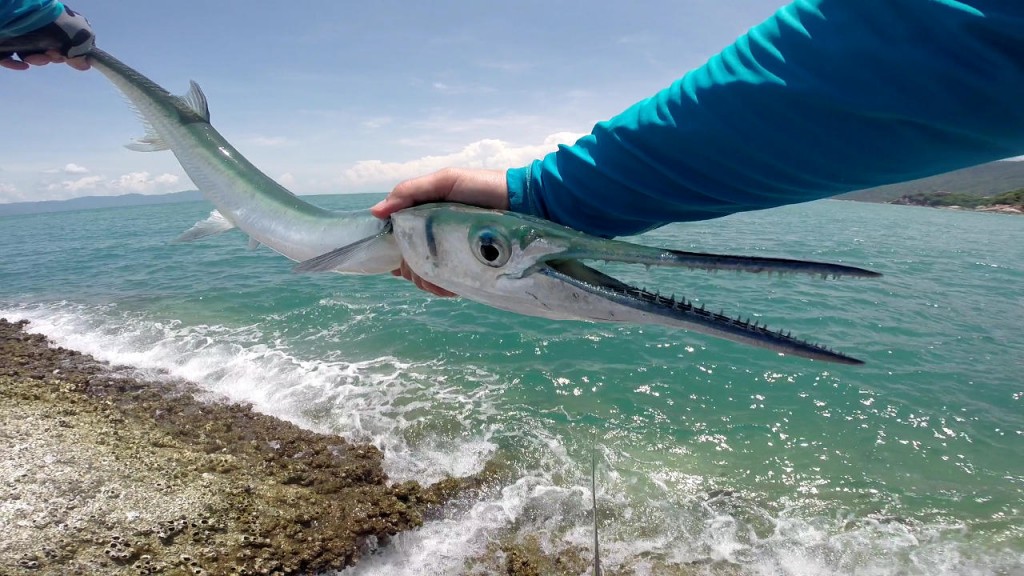 It’s normally not the species you target specifically, and they can often be a slight disappointment when it turns out it wasn’t that big queenie that took your bait. It’s not that they are bad fighters, quite the opposite in fact. It is just that they are not the general first hand choice. On a #7 – 8 weight rod, they are actually quite a sport with their fast runs and acrobatic jumps. With their sleek profile, however, they don’t have the best endurance, and a fight generally doesn’t last too long.
They love fast moving flashy flies, and the size of the fly doesn’t seem to matter much, as long as it is flashy and fast moving. With their long beak, they can be very difficult to hook, and their constant nibbling at the fly can be quite annoying when you are targeting other species. They are also very good at removing fluff on the fly with their sharp teeth.
Handling a needlefish can be tricky. They are very aggressive and will happily sink their teeth into a careless hand. They can basically tie a knot onto themselves, so caution is advised when grabbing one. They are also very agile and fast in the water, and can make very sharp turns.
I don’t claim to be an expert in this, but if targeting them specifically, I would try using a bait in the 5 – 15 cm range, using one of the following methods:

As I have mentioned above, I am no expert fishing needlefish specifically. They just tend to be everywhere, and it is just unavoidable to be in contact with them at times. The methods described above are just what I would use if I targeted them. They are, in my humble opinion, somewhat under-rated, even for me,  and are great sport on lighter equipment.

Warning: count(): Parameter must be an array or an object that implements Countable in /customers/c/e/4/thailand-flyfishing.com/httpd.www/wp-includes/class-wp-comment-query.php on line 405